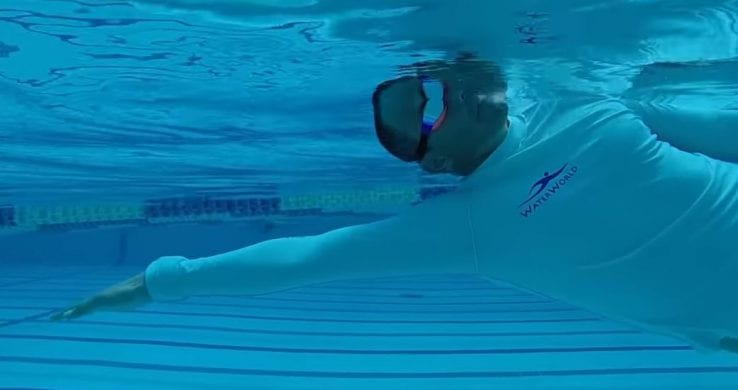 How to breathe in freestyle and protect your lower back

How come loosening our lower back while swimming freestyle can help us gain more air and speed?

Most people will say that they feel as though they’re running out of air while they’re swimming, or worse, they feel pain in their lower backs and necks after swimming.
In this video, we will try to understand the difference between the normal freestyle breathing and swim WEST breathing, which was developed in order to loosen and treat lower back pain.

Loosening lower back= swimming much faster

When swimming like Olympic swimmers do, the goal when breathing is to do it as quickly and efficiently as possible to not lose speed and have breathing effect the race. Bob Bowman, Michael Phelps’s coach teaches that the right way to breathe while swimming freestyle is to rotate your whole body sideways to breathe while using your core muscles to do so. But is this really good for you? For non-Olympic swimmers who just want to take a breath without causing pain to their bodies? Is this right for lower back and neck pain? In WEST swimming technique we treat each person as if he or she has a herniated disc even if they don’t luckily suffer from an injury and don’t have pain at all. The idea behind it is that the lower back is the center and the equilibrium of our body and we have to loosen and treat this area of the body constantly! Regardless of whether we suffer from pain there or not. To be even more specific the vertebras we want to loosen are L-2-L3 which are in the lower back.

In this lesson we will learn 5 important tips on how to swim freestyle without hurting your lower back and neck and we’ll also learn the differences between an Olympic swimmer, and the normal swimmer.

To learn more, to change your body, your breathing without pain in your lower back & neck, join the WEST way to swim.