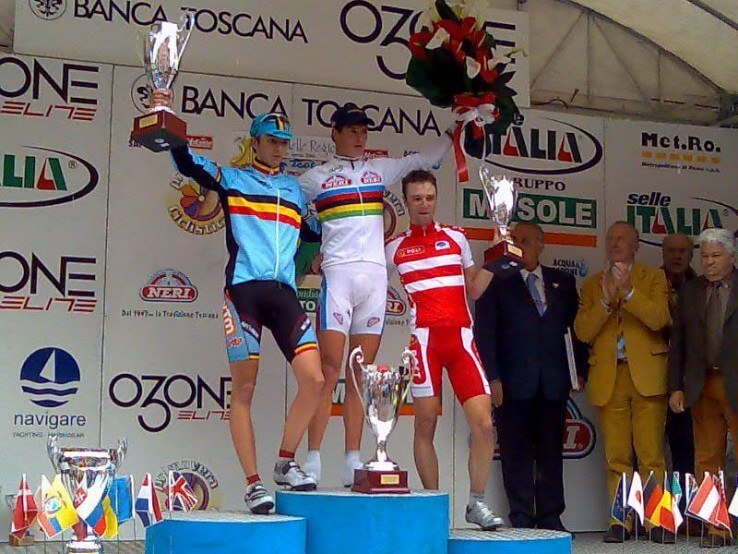 Dimitriy Grabovskyy said he loves cycling and running but swimming? He feels he is out of air, and he is last.

In Israel, as around the world became popular iron man. In 2014 I decided to try their capabilities in the half iron man. I never swam and ran. I started training for 4 months before israman. I wanted to show a time of 4hours 30minutes. But something went wrong, I swam very slow, and in the running I had problems with the size and model of running shoes. Now I want to make a full israman. And I want to show a very good results. I believe in a professional approach from the trainers waterworld(Ori Sella and other). My technique of swimming will help me very much to save me strength for the bike and run. After israman I decide on further action in the iron man. Now the main goal israman. Dimitriy after wining the world up in 2005