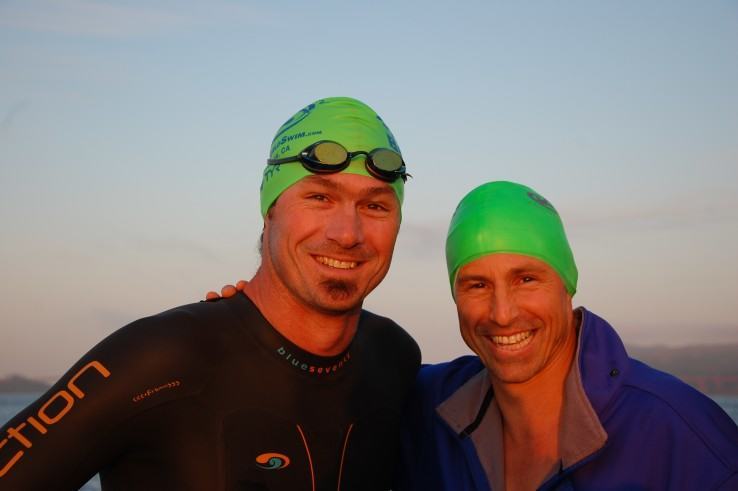 
From ages 8 to 18, he competed on summer league and high school teams. He has been training and competing with masters programs since 1995, currently training and competing with the Tri Valley Masters out of Pleasanton, California. In 2007, he got his introduction to open water swimming by completing his first Alcatraz under the eye of Coach Pedro and has been swimming in Aquatic Park ever since.

Coach Mike is an ASCA level 2 coach. He has been coaching for James Logan High School in Union City, California since 1997. He has been the head varsity coach there for the least 9 seasons.
Mike’s Training Tip
“They say that boats with longer waterlines go faster. Make yourself as long as possible in the water by stretching your neck, contracting your core and rotating your body for a long reach.”