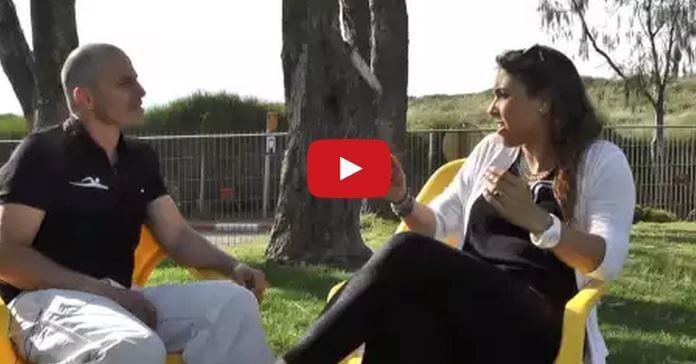 Ori Sela is talking to Adi Bichman about failure, the Olympic games in 2000, women swimming and much more, the big Question is????

** At the end you can read some questions Ori asked Adi Bichman about swimming technique, learning freestyle the Olympic games and much more……

I hope to see at least 2 women in the Olympic games, I wish to see a female team that train together and showing a strong power and commitment. As well I hope to see many more girls at the ages of 8-16 competing in Israel championship… making Swimming one of the best and popular sports in Israel

2.       If you had a million Dollars for women’s sport and you had to spend it all in 2 months, where would you put the money?

I guess I would put it in to swimming school (beside more pools that we need in Israel) I think each kid in the age of 6-10 needs to know how to swim. If i could i would make a strong program with the education system in Israel that each kid at the age of 7-8 (2nd grade) will have a full year of swimming – twice a week. not just a 10 lesson class but a full year of twice a week class in the school system.

I don’t know if i have an answer for that, I don’t think i see anything as a failure, I see things that happen to me as an opportunity, If I don’t get something I wanted or I tried to achieve I would look at it as a lesson to life and will try to learn from it to the next time. I really don’t think I failed in something… beside the failure in the Olympic games.

In swimming I failed in the Olympic games. I guess it was more a self disappointment but I definitely had a high expectation of myself and from other people too and i didn’t preform as I expected. That is by far the biggest failure in my career.

Don’t try to copy  someone else swimming  technique, understand the key basics and work on it on a way that fit you and your body. Take one element work on it till you master in it and then move to the next, don’t try to improve all in one time.

I think that today I do many things I love in my life and don’t want to give up on them, I’m not sure I have the time that require a competitive 10k swimmer today… I definitly want to go back to compete again and train more – maybe masters swimming will be a better fit for me those days.

7.       What’s your swimming tip for moms that are afraid their daughters would have big shoulders?

First of all I think that strong is pretty. beauty myth is changing all the time and it is more important to have a happy and healthy girl by making her doing sport and something she loves doing. Big shoulders are coming down a bit when you stop swimming, In my mature life I never saw it as a problem, I love being recognize as an athlete or as a swimmer everywhere i go it makes you feel special.

I think it’s going to take sometime but Athena – the national project to promote women’s sport the Israeli swimming association and others, are helping that goal, I believe the change needs to come from the root, having more girls in swimming will results in couple of years in a change in the women national team as well. sports needs to become part of the Israeli culture for that to happen…

Adi Bichman talking to Ori Sela about failure, swimming techniques, and the day after the Olympics #1


Adi Bichman talking to Ori Sela about failure, swimming techniques, and the day after the Olympics #2

Adi Bichman talking to Ori Sela about failure, swimming techniques, and the day after the Olympics #3


Adi Bichman talking to Ori Sela about failure, swimming techniques, and the day after the Olympics #4

Or If you want to get your swim WEST program fill in the WEST questionnaire>> and get a 50% off coupon for your course.